Why we support an organisation that gives orphans and children with disabilities in Ghana/West Africa a home, and why we believe that you should also support this project.

A "small" miracle! - Everyone is watching speechlessly, the atmosphere among the children and employees of OA is electric. Nobody would have thought this was possible - least of all his doctors, but COURAGE CAN WALK!

Courage is the first child that Lisa Lovatt-Smith, the founder of OrphanAid Africa, took in in 2002. Back then, she found him curled up on the floor of the orphanage, covered with flies. Nobody cared about the tiny, sick baby.

Due to his paralysis, people thought he had a spinal cord injury. Later, he was diagnosed with cerebral palsy, autism, and epilepsy. For months, he had been constantly admitted to the hospital - a huge burden for such a young boy. He was given the name Courage. In 2010, eight years later, Courage did credit to his name. He was able to walk! This is only one of the success stories of OrphanAid Africa.

The following bank account was set up for donations:

Die Mission von OAfrica e. V. ist es an Ursachen statt an Symptomen zu arbeiten und über diesen Ansatz Waisen und schutzbedürftige Kinder in Ghana durch Projekte zu deren Betreuung, Bildung und Entwicklung zu unterstützen. OAfrica e. V. will, dass Kinder in sicheren und beständigen Familienstrukturen groß werden, in denen sie Fürsorge und Schutz erfahren. In Einklang mit den Richtlinien von UNICEF vermeidet OAfrica e. V. die institutionelle Unterbringung von Kindern wann immer dies möglich ist. OAfrica e. V. ist überzeugt, dass die Familie die beste Möglichkeit ist, um Kindern den Schutz und die Fürsorge zu bieten, die sie brauchen.  That is why the organisation developed a programme for the safe repatriation of children to their families, whenever it is possible and beneficial for the child's well-being. International studies have shown that long-term accommodation in orphanages can inhibit a child's development. Furthermore, basic rights of the children might be neglected. If you are interested in learning more about the organisation, or if you would like to know how you can contribute financially, you can find more information at www.oafrica.org and have a look on the exemplary work of the organisation.

Why does Star-Trademarks support OrphanAid Africa and why do we tell you about it? 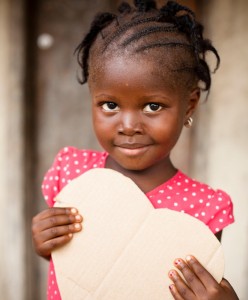 Thank you very much in the name of the children

Lukas Rosenkranz
Foundation Board of the OrphanAid Africa Foundation, Munich